Feyenoord wins the European Cup I in 1970. The team from Rotterdam started the adventure a year earlier. Nobody in Rotterdam knows at that moment that it will be a memorable year. The champions of Iceland, Italy, Germany and Scotland are all beaten. Illustrious names like KR Reykjavik , Vorwarts Berlin, AC Milan and Celtic are all beaten in a historic year. We discuss, fifty years later, with former players and supporters who attended the matches. The way to the final goes through East Germany.

”That man is crazy”, were the words of a board member on the referee’s decision to let the match go on. East German soldiers had been clearing the snow and ice from the field for two days. Even Willem van Hanegem, in a tie, helped clean. Under pressure from the communist regime, the leader had little choice. Ten thousand Feyenoord supporters witnessed an ice field.

Feyenoord falters that match. The legendary trainer has adopted a conservative tactic: making sure we come out unscathed. That goes well in the first half.

After that, Feyenoord starts playing football. Something that was actually not possible on the very slippery ”field”. The bill is presented halfway through the second half. The East Germans score the 1-0. After this, Piet Romeijn receives a red card. He tells us the following about it.

Feyenoord falters after this, but ultimately stays on its feet. They lose 1-0, but with the thought that the result could have been much bigger, everyone can live with it. After all, the return match will be played in the Kuip.

Still, the team goes into the game without confidence. A number of league and cup matches in a row are not scored, so there is fear in the team. That is noticeable in the first half. The impressive atmosphere of De Kuip seems to instill fear in its own players. Ove Kindvall and Henky Wery made the 1-0 and the 2-0 in the second half. Ove Kindvall has to give the final blow from the spot, but fails. He later admitted that pent-up fear was killing him. And that was Feyenoord almost fatal.

Just before time, the Germans get a gigantic chance, but it is pushed out of the goal by Ruud Geels’ toe and the post. Feyenoord is semi-finalist.

Piet Romeijn, right back of Feyenoord, plays a special role in the away match against Vorwarts. ”We went to Berlin by bus. The wall was still standing then. We had to go through Checkpoint Charlie. Very impressive. We arrive at that stadium. Work is being done on the field with all its might. It was ice first, then snow, and grass somewhere underneath. Or where grass once lay. Not normal. And that ref allowed the game to go on as well.

During the match Wimpie Jansen had a bit of trouble with his opponent. He had already had a tap on his Achilles tendon three times, he told me. Leave that to me . I’m waiting for that referee to look the other way. I gave him a little  tap  . He’s going to lie on the floor. Never mind, nobody saw anything. Apparently the linesman saw it. Red card.

On my way to the stands I was pelted with snowballs. I throw back of course. Someone from the staff told me that was not so convenient. We were in East Germany, hey, before you know it you’ll be in jail for a week.

Luckily we won the home game. The fear was there and it was difficult. But we are in the semi-finals! 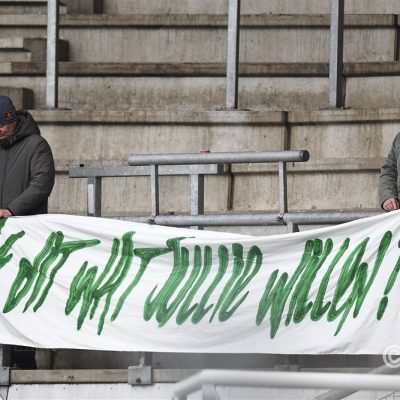 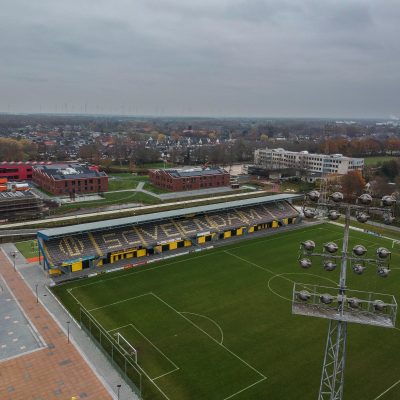 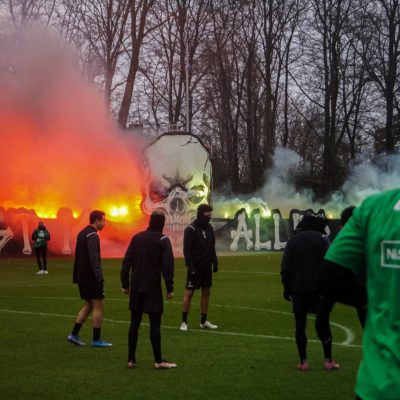 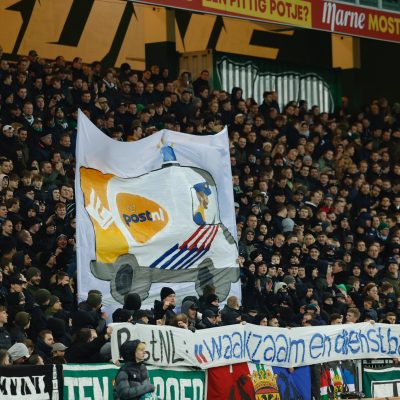