Stormy scenes on the field in Vlaardingen, Royston Drenthe in blue with white shirt and the strange forces of the wind. Spanish influences are blowing in the Cellar class this afternoon. From Real Madrid to ninth. Can the ninth continue the upward trend?

This season, In de Hekken , we follow   the ninth team that plays in the lowest class of amateur football. A team in which the third half is an important part of Saturday. The back fields are populated at impossible times by men whose hopes of a football career have been dashed years ago. From the dressing room humor to shots that scare even the ball catchers. From world promotions to the best excuses to cancel.

After Storm Ciara it was Dennis Storm’s turn. Then a great-niece of Ciara came and this Saturday we are bothered by the mother-in-law of one of the many storms that hit our country. The battle plan this afternoon is clear. The first half with the wind at your back, shoot all the balls towards the goal, extend the lead and then finish the second half.

Everything depends on the tos this afternoon. “To switch!” calls the referee. The first trick is won when the ninth is in the correct court.

Strange Forces of the Wind

Due to the storm, the ball rolls on the field in Vlaardingen before it has been touched. The wind brings out strange forces. An opposing player is so caught up that he cannot keep his balance in the penalty area. The on-duty leader will look at the player with the fall illness. After a few minutes he decides to put the ball on the spot. The score is now 3 – 0 in our favour, but nobody understands this decision at all. A few seasons ago, this referee was impressed by our team. Then it was mainly about one player.

It is clear that the ninth this season makes extensive use of guest players from the youth, heroes from other teams and some creative accounting here and there. A few years ago none other than Royston Drenthe played along with the ninth. That was at the expense of a basic place for Sjors. The loyal midfielder was at his own sports complex that afternoon while the ninth played an away game. George came too late. Royston, who had a gap year at our club, was too early. The former Real Madrid and Feyenoord player knew he was playing with us, but he had no idea with whom. He therefore gave all players a hand first. Not much later he realized that he had greeted all the players of the opposing team. He was the first. From Real Madrid to ninth. It can go wrong.

After the questionable penalty kick, a goal from the ninth immediately follows. Johan curls a free kick against the nets with a tailwind. So it is 1 – 4 at halftime and that is a nice position to start the second half. We imitate our opponent’s fall sickness several times. “You look like Getafe,” I hear my opponent say. I just take it as a compliment. Getafe also played for the result. Results are needed to reverse the negative spiral at the ninth.

Playing along with the ninth has done Royston no harm. With the experience of playing in the basement class, he became important at Sparta. Promotion with the Castle Club to the Eredivisie was the result. Sjors is at the right club this afternoon. With base place! If there is another professional who has fallen into disrepair, I would like to invite him to play with us. It immediately gives your career new shine. In the second half it is mainly time wasting, shooting the ball away and finishing the game. The ninth manages to step off the field with a 2 – 6. It’s the second win in a row. We leave the lower places for what it is. The profit is a fact. Without the help of a professional football player who scored in Estadio Santiago Bernabéu, but with Spanish influences from a suburb of Madrid. From Real Madrid to ninth! 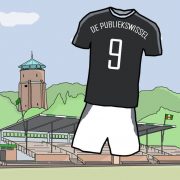 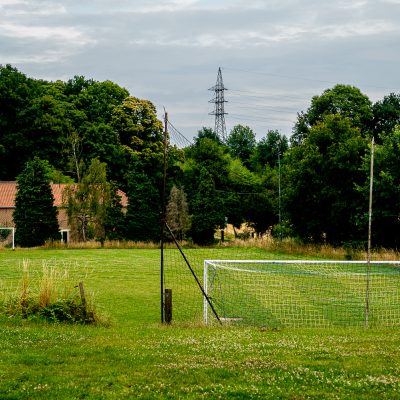