AN all-ladies choir were given a police escort to a football match – after bungling cops mistook them for hooligans.

Police motorbikes swooped on the mostly elderly singers as they made their way to a concert in Stoke-on-Trent on Saturday – thinking they were Chesterfield fans heading to watch their team play Port Vale.

The daft officers only realised their mistake when they boarded the coach outside the ground.

Liz Talbot, 38, who founded the 250-women strong choir 12 months ago, said: “It was hilarious really but a little embarrassing for the police.

“The women all thought it was a hoot. When the police officer walked onto the coach the ladies started singing Stoke City’s anthem ’Why Delilah’ as a bit of a joke.”

Gran Carol Mitchell, 68, added: “The poor policeman stood up at the front, looked at these rows of rows of mostly grannies wearing their dresses and he suddenly went white as a sheet.

“He just stood there and said ’You’re not football fans are you.’

The mix-up meant the choir were an hour late for rehearsals – and the real Chesterfield fans missed most of the first half of their team’s 2-0 victory.

A spokesman for Staffordshire Police said: “A police motorcyclist was in the A34 area escorting fans’ coaches to Port Vale ahead of the team’s home match on Saturday.

“One coach that accepted the offer of an escort was actually on its way to a venue in Stoke town centre and, due to a miscommunication, was taken to Vale Park, a short distance away from the intended destination.

“Thankfully, the matter was taken in good faith and the coach only suffered a slight delay.” 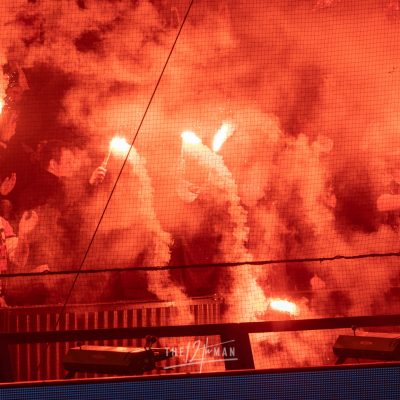 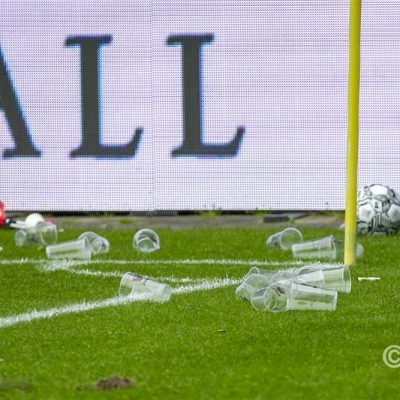