In the city of ‘Helmond‘ a wild bunch of outcasts,
Formed a group of hardcore football enthusiasts.
Born and raised in the rough area of ‘Inner town’,
Praised for their talents in breaking things down 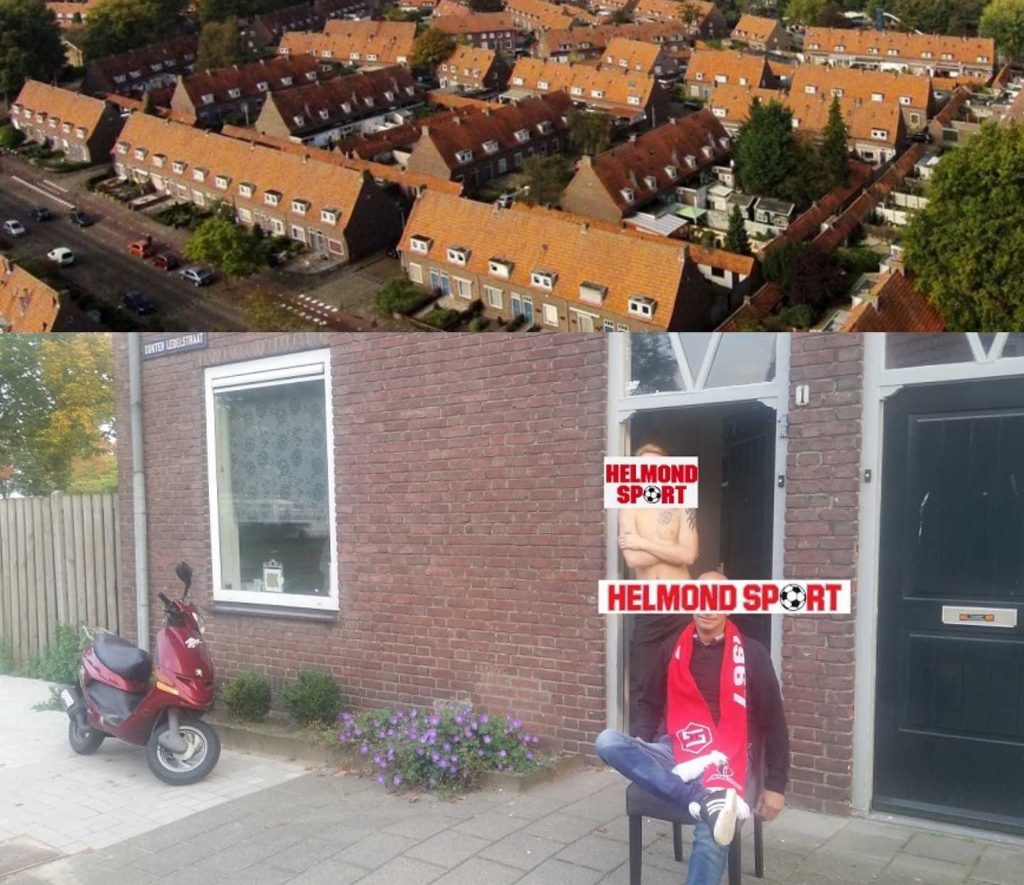 At ‘de Braak’ gangsters joined in straight out of ‘de Wilma’,
In this shady district you’ll find those opposite of bourgeouis.
From all over our scumbag town badass ‘Helmonders’ allied,
Riots broke out at the east-terrace and born was the ‘AA-side‘ 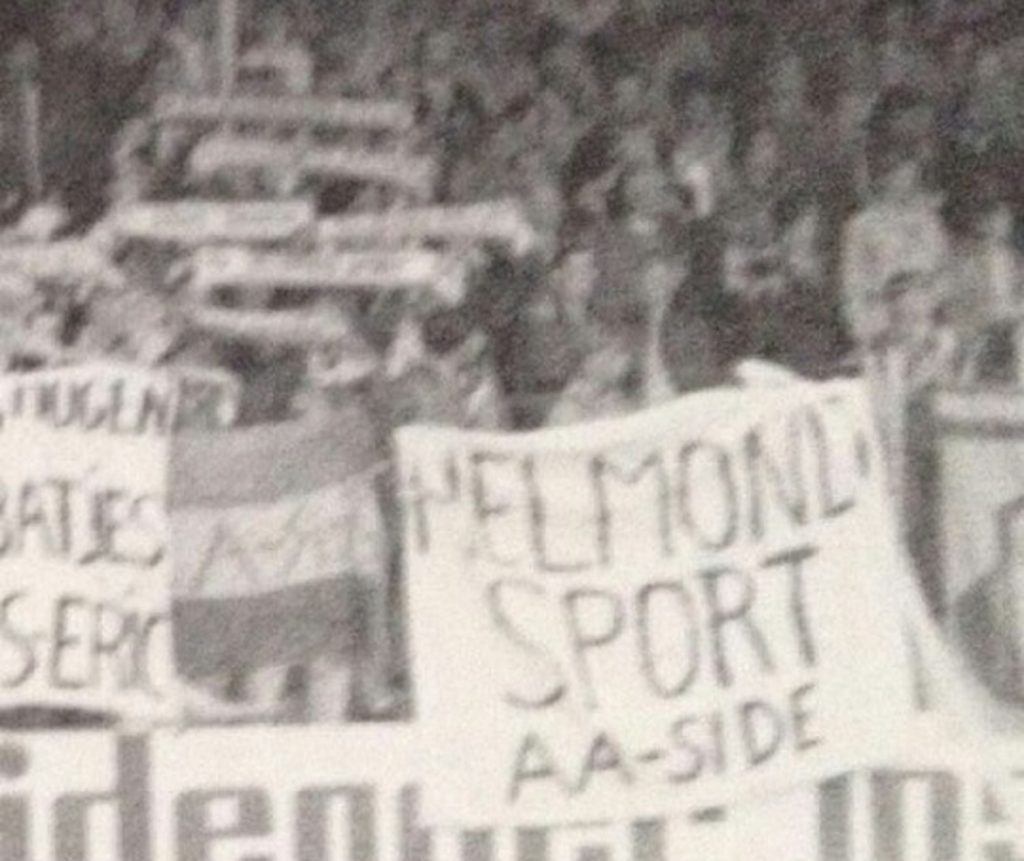 In the north-terrace youngsters created their own wing,
They sure proved Helmond was more than a feeling.
On the concrete all the enemy-supporters were floored,
When faced by these hoodlums from ‘Helmond-Noord’.

There was a decision to march to the west-stand,
Here authorities also lost their natural command.
Still to the day of today a lot of the toughest men,
Are standing their ground at good old ‘section N’. 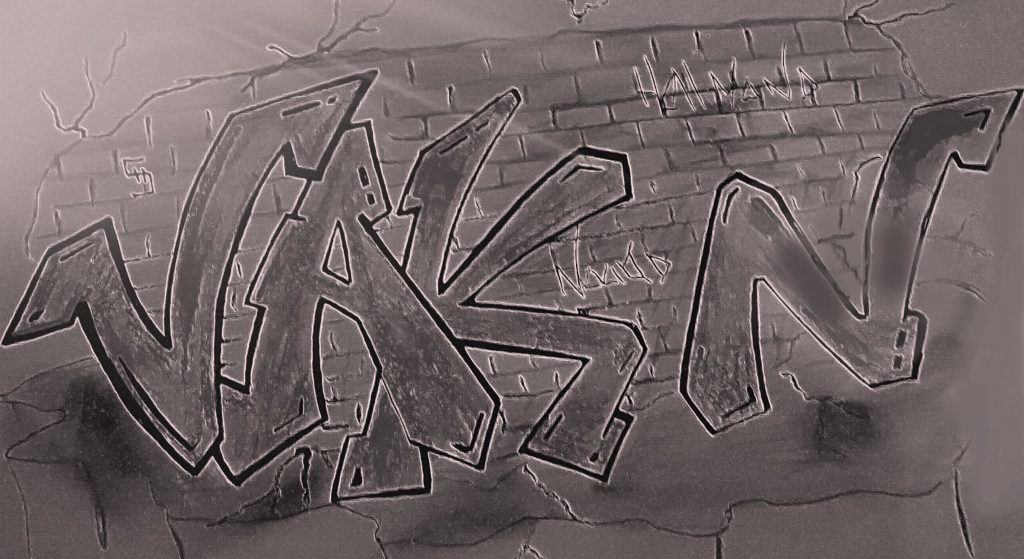 We appeared on the web where we started to raise hell,
First as ‘Burn In Hellmond’- and later on ‘Hellmond.nl’.
Youtube shows a blurry fight involving ‘Helmond’s Finest’,
Casual looking guys but definately not city’s most kindest. 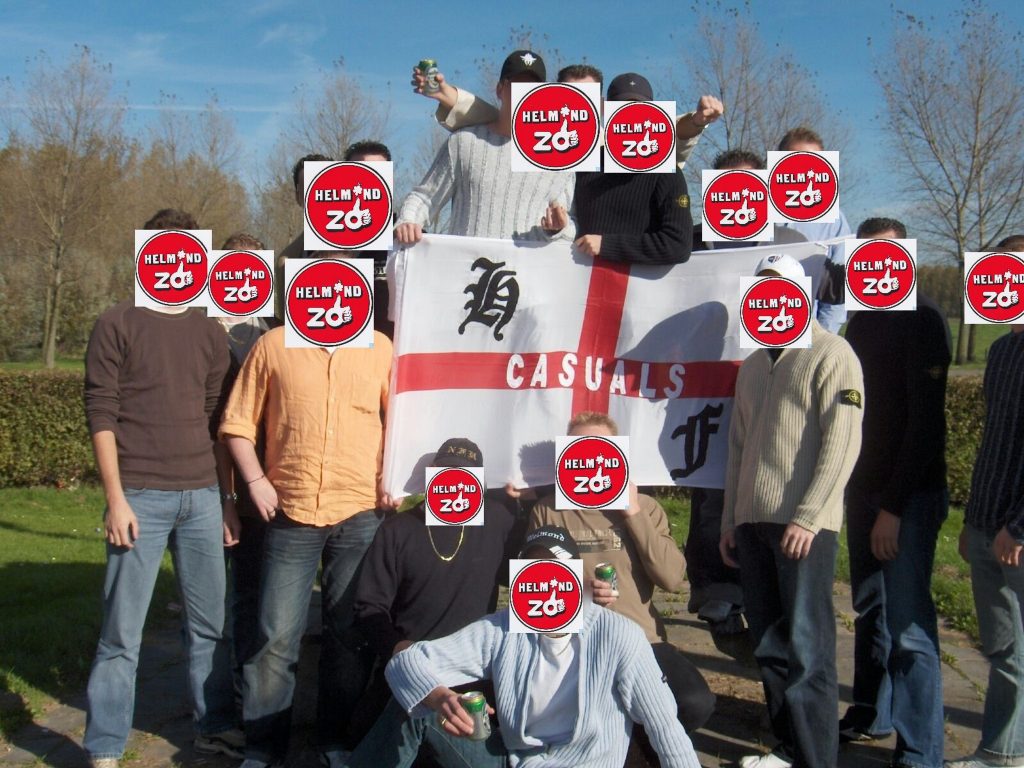 At the north-stand the newly ‘N.F.H.‘ kicked off big style,
During away-days stadiums transformed into a junk pile,
When ‘section O’ was challenged you knew from upfront,
That you got burnt messing with ‘North Front Helmond’. 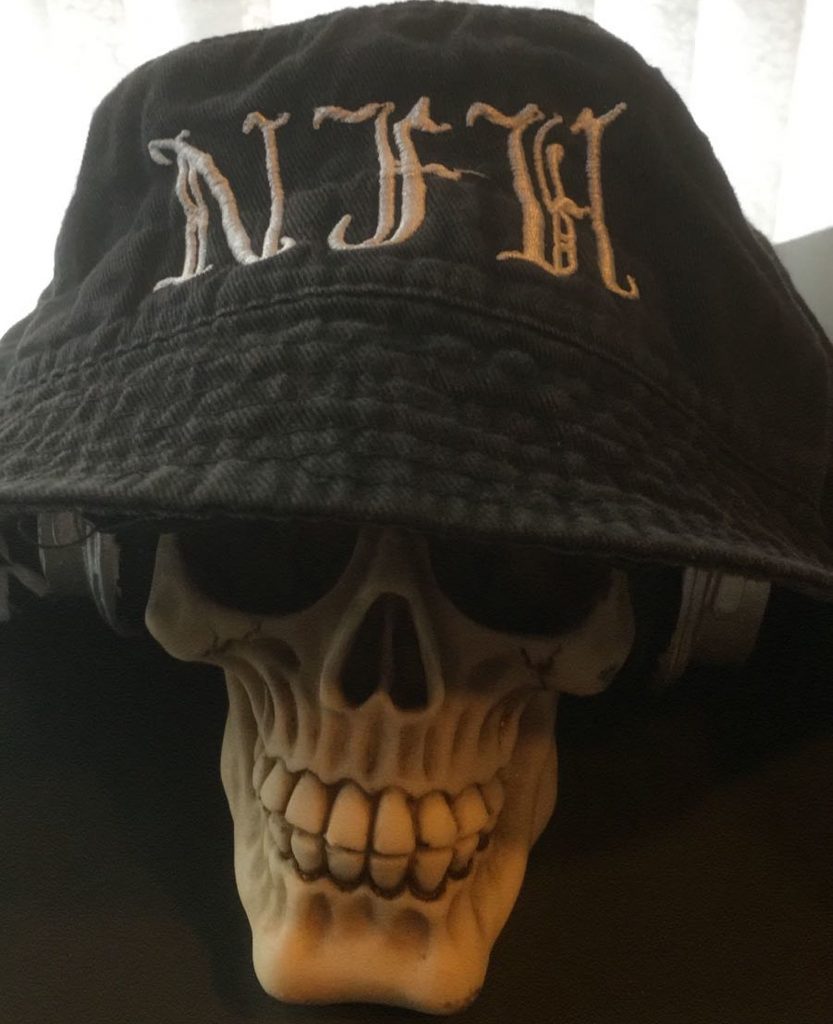 War flags are raised by “North Side Vak-O“,
A boost that will make our fighting spirit grow.
Our fangroup builds up a sinister atmosphere,
Hell is empty because all the devils are here.

The supportersbar is found right next to sections N and O,
Just one smell of our friend named alchohol and off we go.
If someone gives you a split lip there then that’s no wonder,
It’s better to not f#ck around with a drunkass ‘Helmonder’!

Beers are welcome even if our team doesn’t play,
Especially after sunset every damn single Monday.
This particular Night ‘Muziekcafé’ is pleased to see,
That Crew with lots of Soul known as the ‘M.N.S.C.’. 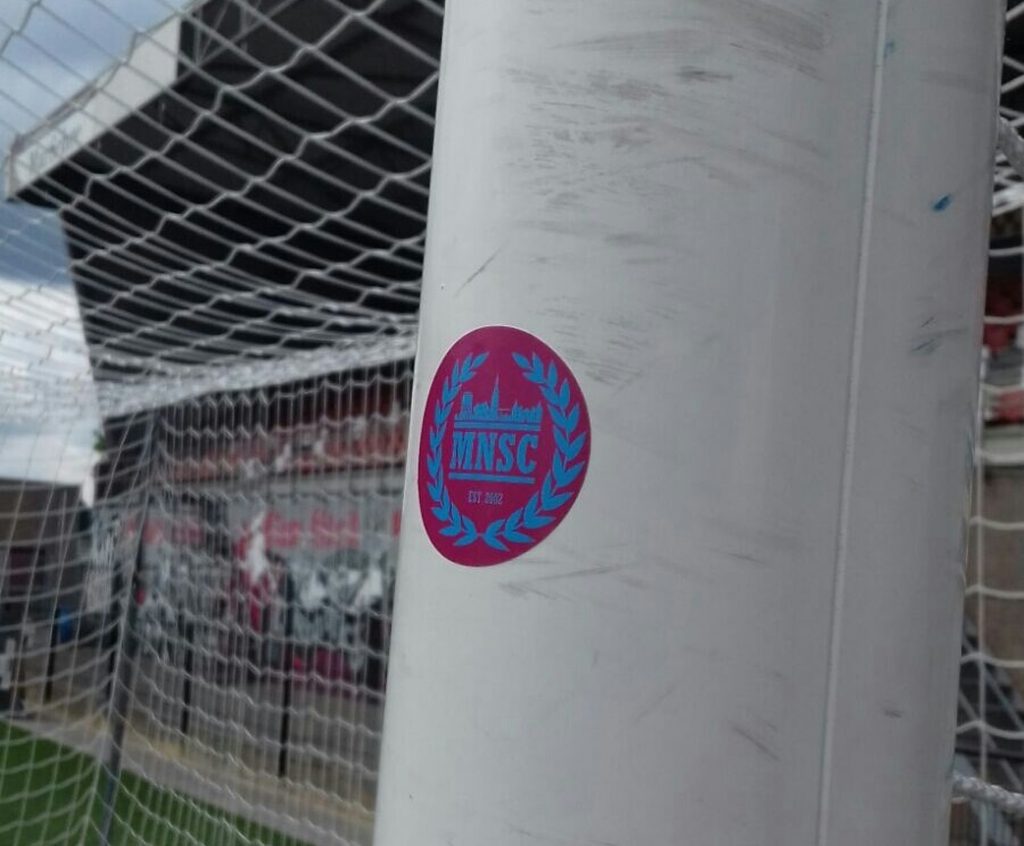 We defend our neighbourhoods from ‘de Reipl’ to ‘’t Hout’,
But when joining forces it’s something to easily forget about.
Beyond our city limits ‘RWDM‘,‘Deurne’,‘Handel’ and ‘Lierop’,
Actively collaborate with Helmond supplying troops non-stop. 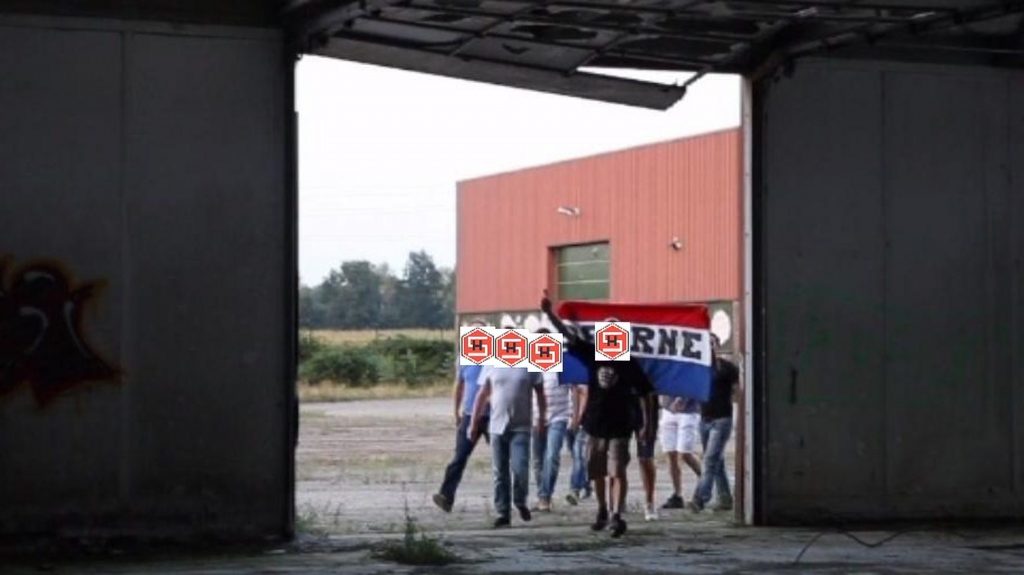 Years before and years to come we cross the Northsea,
To meet with our brothers in arms from ‘Burnley F.C.’.
In ‘Burnley Wood Club’ we feel at home while abroad,
When we’re warmly embraced by the ‘Suicide Squad’. 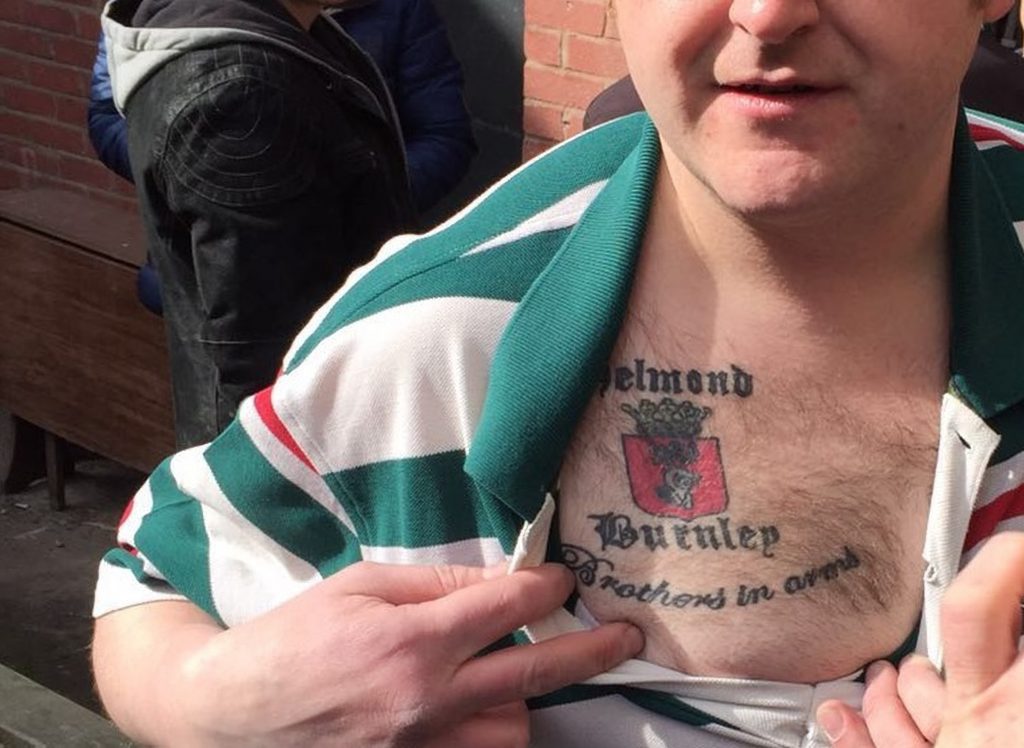 If you want an eye for an eye and a tooth for a tooth,
You may exchange numbers with our ‘Helmond Youth’.
The firms are spread out through different generations,
These young casuals build on our earliest foundations. 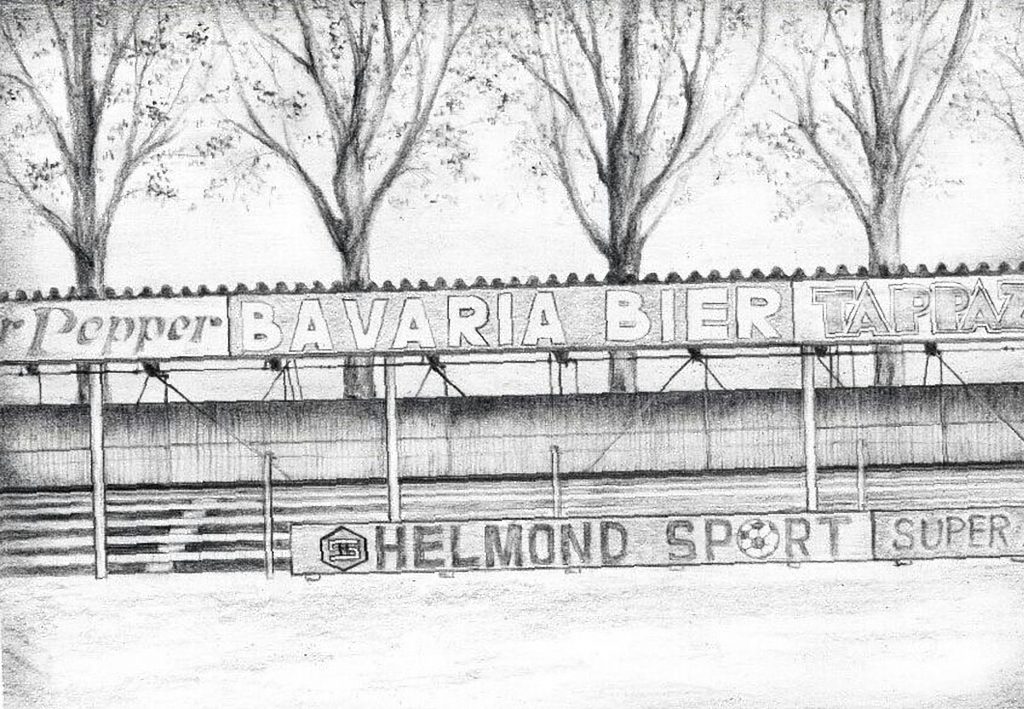 The east terrace in the 80s

The season has begun and we look for wins,
And if they aren’t coming the violence begins.
May this not help yeah onto the pitch we climb,
Media and the players are all in shock big time. 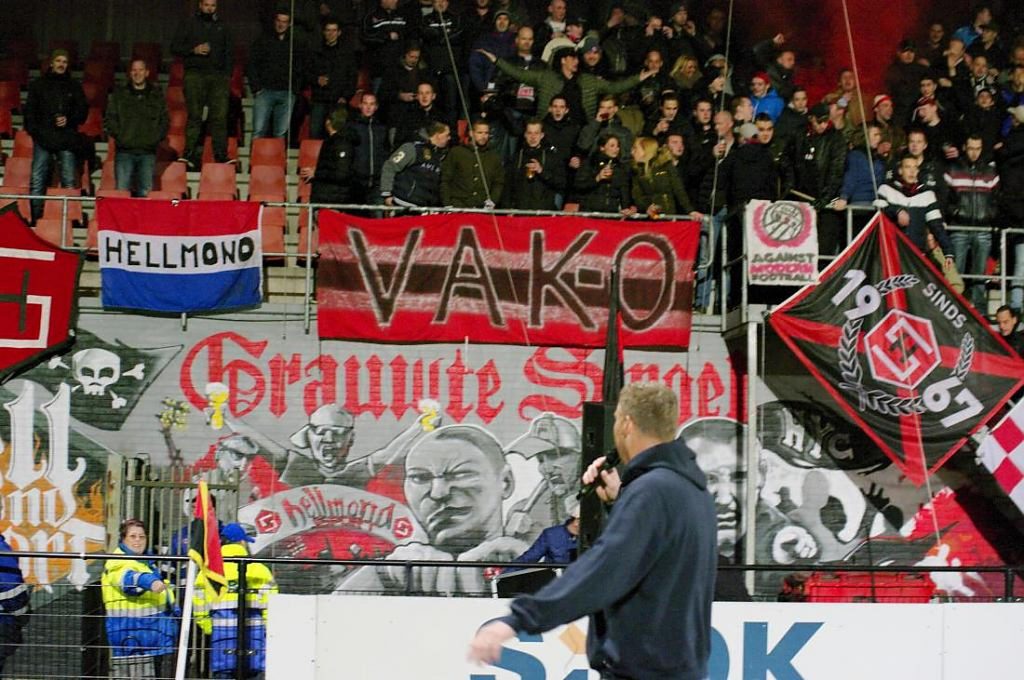 For 50 years óne team has had our support,
Ofcourse we’re talking about ‘Helmond Sport’!
We have no fear and put up a very loud mouth,
All because we are Helmond from the south. 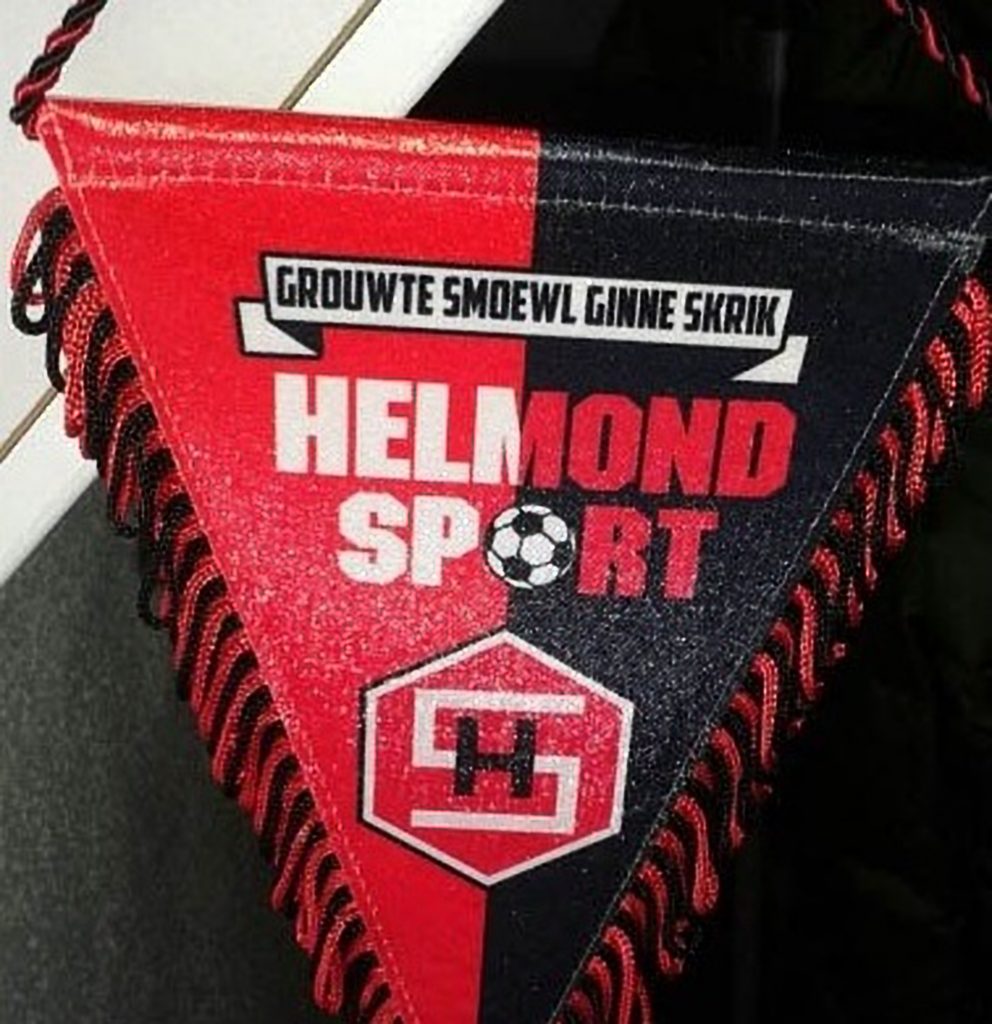 On top of our civic crest rests a five-petal golden crown,
Its presence reminds everyone wé are The Boys In Town.
Rounding this off now we would like to tell you with pride,
That the old boys Are Back to put life again in the AA-side. 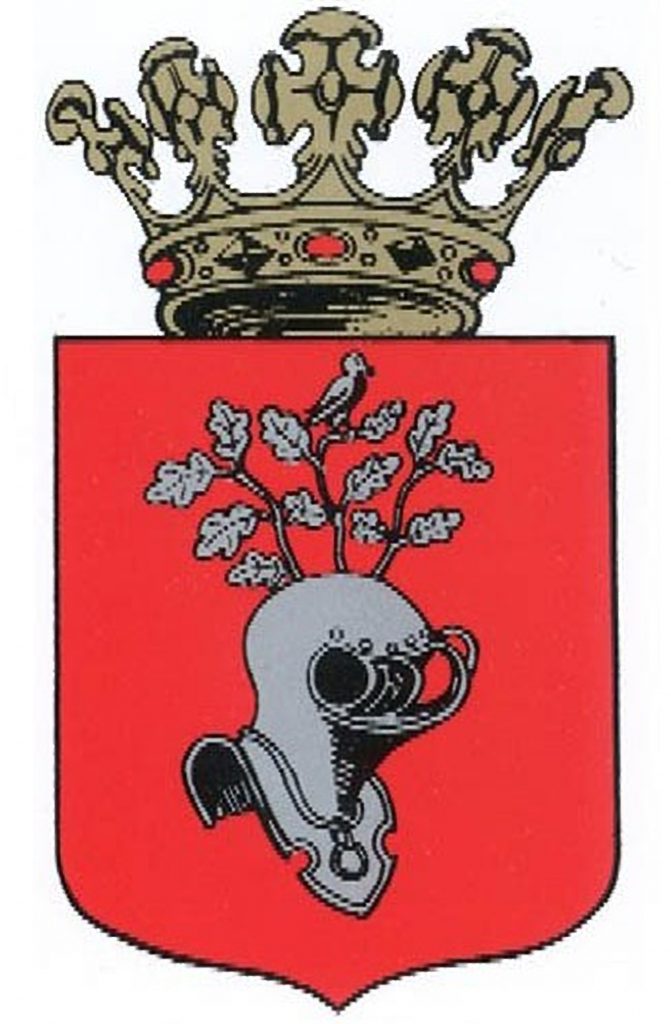 A film on us was only a dream till our man ‘Maikel‘ came to fullfill ‘m,
The work ‘Verstappen‘ made accompanies this poem from me: ‘Willem‘.
Bregje Raijmakers, Pim Klaasen, Karima Lazaar and Gordon Whyte,
Thanks for making sure my English in this poetry is more than alright. 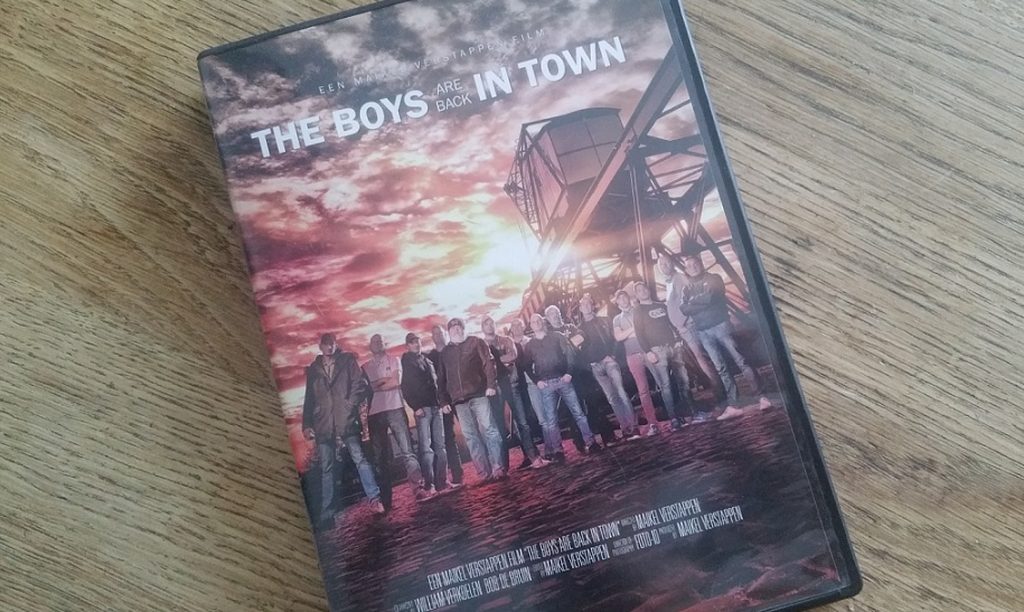 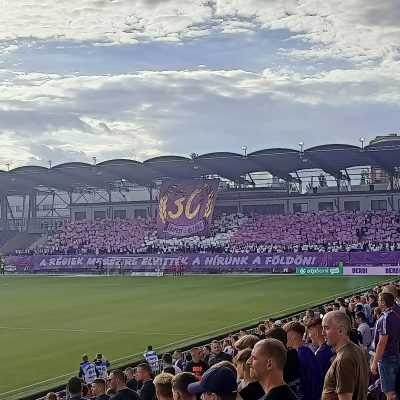 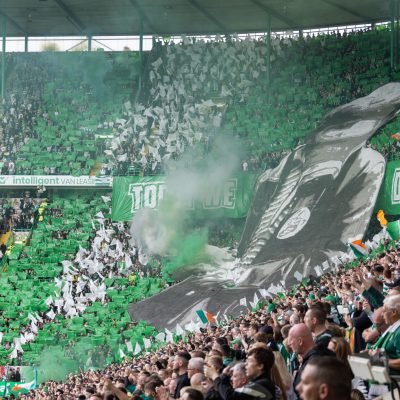 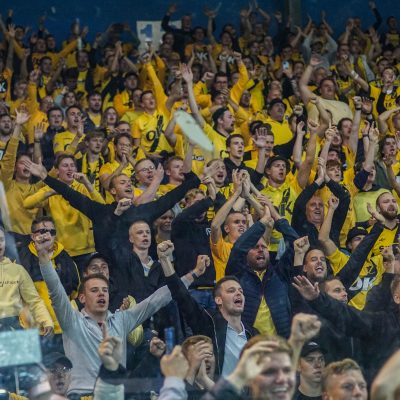 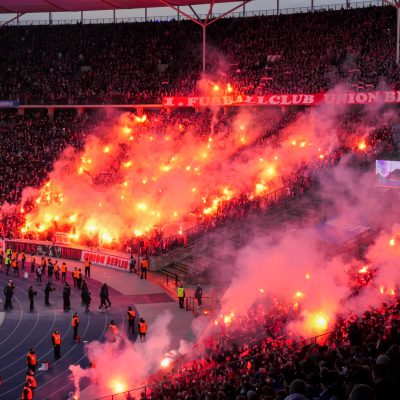