“Red is our Veste, all Tukkers are proud…”, has been reverberating through De Grolsch Veste for years. During this summer period, the Ultras of Vak-P took the initiative to do even more justice to the well-known cry. Together with members of various supporter associations, they can be found almost daily in and around the stadium in recent weeks. By means of sponsorship and donations, the stadium will be provided with new paintings on both the inside and the outside.

“How nice would it be if you made the entire stadium red? We talked about it years ago,” initiator Joost Middelhoff told the official FC Twente website . The ‘Red is our Veste’ project makes red even more visible.

Co-initiator Jasper Fransen tells, opposite the club website, how they saw opportunities in the agreements regarding the reopening of the supporters home. “The basis of the idea arose when the entrance gates next to the supporters’ home were moved. We immediately wondered what the new home would look like. Now that the entrance gates have been moved, we actually have a large terrace on the inside of the stadium. But there everything looks so drab and gray. Actually, that should be ‘Twente red’.” The initiators then went to the club, where there was an enthusiastic response, the plans were made concrete and cooperation was provided.

They got to work with support from different quarters. “We started with our own guys, but we soon wanted to take a broader approach,” says Joost Middelhof. “Then we approached the supporters’ associations, for both materials and boys to help paint. There were seventy people walking on a Saturday.” Jasper Fransen: “We put a lot of time into it. We all do that voluntarily.” 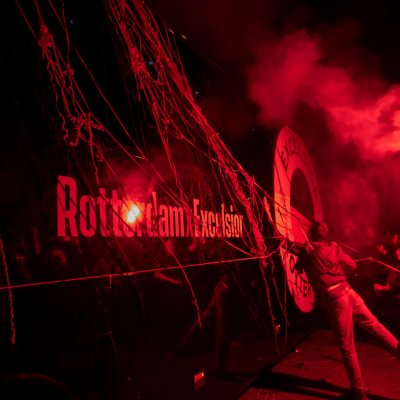 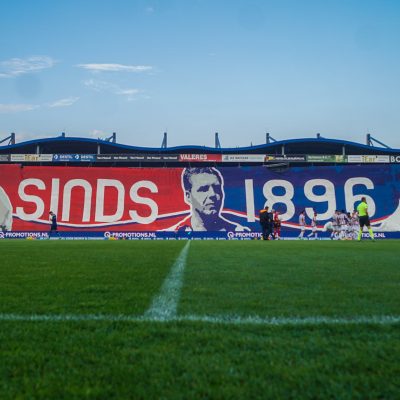 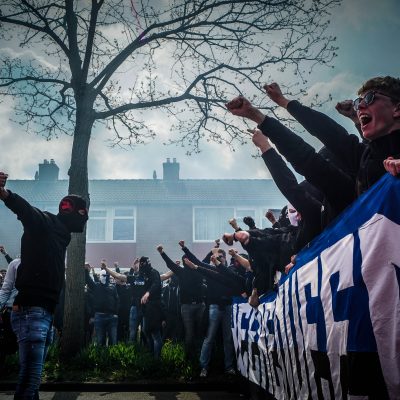 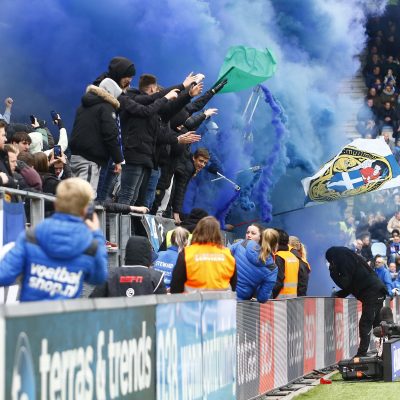